This is the first in a occasional series devoted to things around our home that make me smile and what better way to start than with something which, itself, actually incorporates a smile - or, at least, a GRIN?

I bought this delightfully eccentric mirror featuring the Cheshire Cat in Walt Disney's film version of Alice in Wonderland from The Animation Art Gallery a few years ago on a sudden, wild (and totally irresponsible) impulse! 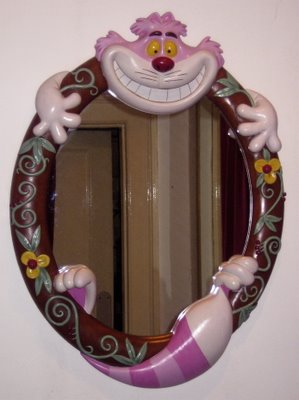 I'm ashamed to say that I've now forgotten the name of the artist who created it, but it instantly caught my eye and took my fancy combining as it does my life-long passion for Lewis Carroll's 'Alice' books with what some might consider a surprising degree of affection for Disney's idiosyncratic 1950 film version of them.

The Cheshire Cat is an especially interesting character/creature: like many of the Wonderlanders, he (or, in the book, 'it') has an annoying knack of talking nonsense as if it were perfect sense, combined with an irritating habit of fading away just when difficult questions require answering and an unsettling line in logic:

"...I don't want to go among mad people," Alice remarked.

To this, Disney added a spalsh of purple-tinged surrealism and - since Alice encounters the cat in the uneasy setting of the Tulgey Wood - a hint of something menacingly sinister... 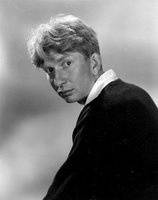 For the film, the voice with its fey chuckle was provided by prolific Disney vocal-artist, Sterling Holloway, shown right and below with one of the storyboards for the sequence and Kathryn Beaumont, the voice of Alice.

Sterling Holloway's role-call of memorable Disney voice characterisations included Mr Stork in Dumbo, the adult Flower in Bambi, Kaa the Python in The Jungle Book and - perhaps most famously - the Disney studio's incarnation of Winnie-the-Pooh... 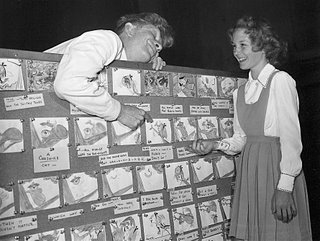 Anyway, at the stage when I weakened and opened my wallet, the frame was completely white having yet to be painted - according to the presecribed Disney colour-chart! By the time that had been done, and then re-done (because the bits reflected in the morror got missed!) and then done a third time because it got damaged in transit from the artist to the gallery, I began to wonder whether I would ever really want to live with it on a daily basis!

However, it now hangs in the hallway and - regardless of how gloomy I'm feeling - I cannot glance in it without (as one would hope and expect of a Cheshire Cat) it leaving me with a grin!

"Well, I've often seen a cat without a grin," thought Alice; "but a grin without a cat! It's the most curious thing I ever saw in all my life!"

[Images of Sterling Holloway and 'Alice' from Don Brockway's site devoted to Kathryn Beaumont]
Posted by Brian Sibley at 00:01

'The Cheshire Cat is an especially interesting character/creature: like many of the Wonderlanders, he (or, in the book, 'it') has an annoying knack of talking nonsense as if it were perfect sense, combined with an irritating habit of fading away just when difficult questions require answering and an unsettling line in logic'
Oh dear, this sounds all too familiar.
Hands up any local government officers that identify with the cat !

Did I mention I was a former local government officer...?

It doesn't count if you got over it !

hi Brian, thanks for the comment. Did that cat just eat a room!

THREE rooms to be precise, Lee (there are two other doors you can't see); I just hope there wasn't any one inside any of them at the time...

I have one of these too, it was made at Mill Creek Studios in Mentone, CA. Mine is painted but no mirror. I've had it since 1997 and have yet to have one inserted. Yours looks beautiful!