It's the way with buses, isn't it? You don't see one for ages and then five come along at the same time...

Responding to those atheist/humanist bus ads the other day, a few readers have sent me their experiments with the Bus Slogan Generator and, as promised, I pass them on.

LISAH had two goes, firstly with a variation that the Humanists seriously ought to take 'on board' for their next campaign... 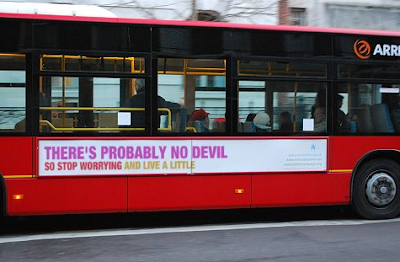 And, secondly, with a slogan that is, I'd suggest, spot on for The Nihilist Association*... 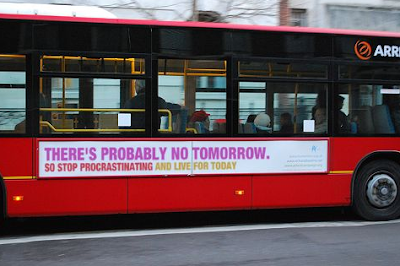 EUDORA designed a bus (and without the aid of the gizmo, either) to take her home from hospital after having an endoscopy... 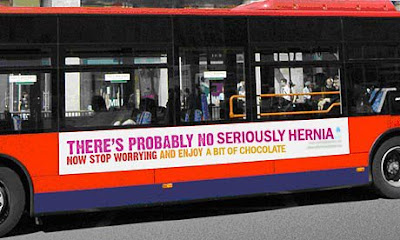 Good luck, Eudora: here's hoping the tests are clear and you'll soon be able to take your bus to the nearest chocolatiere - or whatever the Spanish equivalent is. 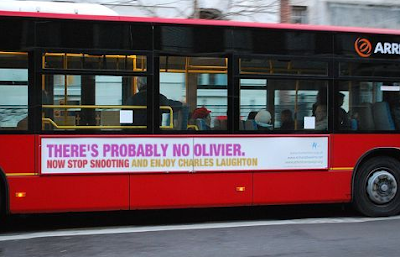 Appropriate since Gloria has a blog devoted to the great Charles Laughton.

And finally, BOLL WEAVIL, ever the wit, came up with a great gag that ought to make even Richard Dawkins smile... 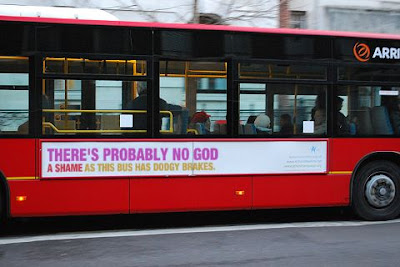 * I've just remembered that The Nihilist Association doesn't actually exist because nobody thought there was any point in setting it up...
Posted by Brian Sibley at 00:01

:P, I think a little belgian chocolate per week is not very dangerous.... (well, I hope so, but next month I`ll have notice, nothing seriously but they must analized a little polyp, very little, nothing worrying)

Brilliant post Brian, congratulations to all the bus designers!!.