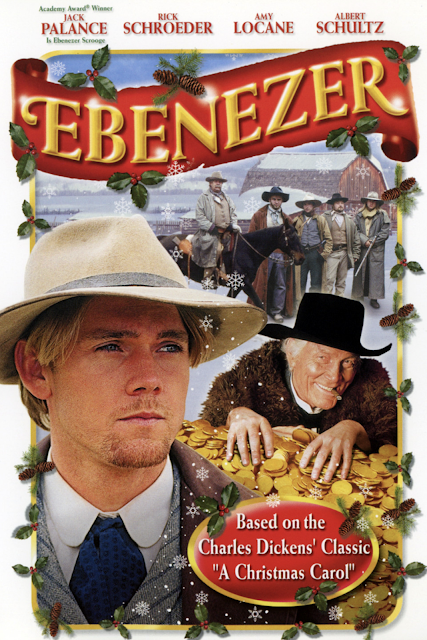 One really can never have too many versions of Dickens' A Christmas Carol at this time of the year; anyway, tonight, from 20 years ago, it's time to watch Jack Palance as Ebenezer in which Mr. Scrooge (a gun-toting, land-grabbing, card-cheat) goes West – as in wild West complete with horses, cattle, muddy streets, saloon-bar drunks, cute kids and a heart-of-gold, pipe-smoking Madam.

You might suppose such a concoction oughtn't really to work but, rather miraculously, it does. Smartly reinvented with Jack Palance chomping on his cigar and chewing the scenery at the outset but convincingly pulling off Scrooge's reformation in time for an appropriately sentimental denouement!

A true – and rather engaging – curiosity in the canon of Dickensian films!
Posted by Brian Sibley at 18:00