I am still catching up with my favourite versions of A Christmas Carol: most recently re-watching the 1984 version starring George C. Scott as Ebenezer Scrooge. 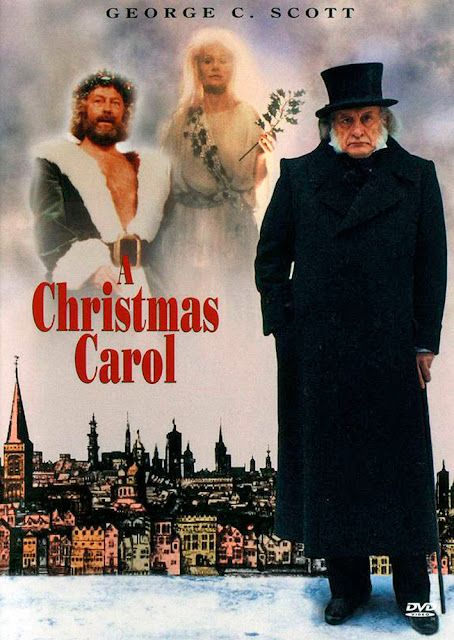 It is, unquestionably, the most faithful film version of Dickens' novella – so much so that whenever it (albeit rarely) deviates from the original text it takes the viewer startlingly by surprise!

Shot on location in Shrewsbury (which serves as a passable double for 1800s London), the film has an outstanding supporting cast with David Warner and Susannah York as Bob and Mrs. Cractchit, Frank Finley as Marley's Ghost, Angela Pleasance as the Spirit of Christmas Past, Edward Woodward as Christmas Present and nice cameos from, among others, Timothy Bateson, Michael Gough, Peter Woodthorpe and Liz Smith. The direction is by Clive Doner who, over thirty years earlier, had edited the 1951 film, Scrooge, starring Alastiar Sim.

As for George C. Scott's Scrooge, here is a very different incarnation to that famously given us by Sim and many others: this is no unkempt, scruffily-dressed, penny-pinching miser, but a "hard and sharp as flint", cold and calculating, business man; smartly-attired and with a caustic wit. With a sardonic line in throw-away "humbugs", Scott provides a masterclass for all would-be Scrooges-to-Come!

Grabbed 25-minutes to enjoy Mickey's Christmas Carol from the previous year to the Scott version: story-wise it's pared to the bone but it has charm, much humour and, in Alan Young's vocal performance as Scrooge McDuck, the first seasonal skinflint to combine Scrooge's Dickens-originated characteristics with those of the comic stereotype of a mean Scotsman.

And it remains a reminder of just how good it was, back in 1984, to see Mickey, Minnie, Donald, Daisy, Goofy and others back on screen after many years of retirement!

With a similar running-time is Richard Williams' 1971, Oscar-winning animated film with its stunning design of a Victorian-engraving-come-to-life. 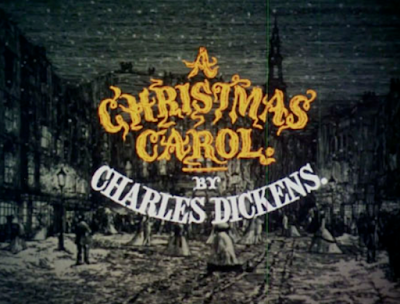 The film crams every second with a richly-condensed essence of the original story (including details frequently omitted from versions with a running-time four times the length) and it is crowded with stunning animation set-pieces of which the-most-terrifying-ever Marley's Ghost and a shape-shifting Spirit of Christmas Past are but two.

Vocal reprises from the 1951 Scrooge give us Alastair Sim and Michael Hordern as Scrooge & Marley and Michael Redgrave is an authoritative Narrator to steer us through this picture-perfect, Dickensian roller-coaster.

Finally (for now) a newcomer: this year's The Man Who Invented Christmas. 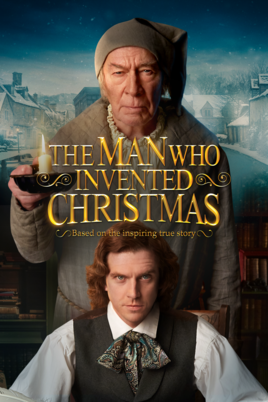 Based on the book of the same name by Les Standiford, this is a highly fictionalised biopic set in the run-up to Christmas 1843 with Charles Dickens (Dan Stevens) desperately searching for a story to write in order to keep family and home together and fend off mounting debts.

The characters of Scrooge and Marley along with well-known lines (such as "dead as a door-nail" and "if they be like to die let them do it and decrease the surplus population") all present themselves to the beleaguered Dickens in his daily life and from these encounters and overhearings he eventually crafts the little book we know so well.

The moments of historic accuracy a far outweighed by the wild flights of fancy, but with Christopher Plummer as Scrooge, Jonathan Pryce as Dickens' father and pop-up performances from Donald Sumpter, Simon Callow, Miles Jupp and Miriam Margolyes to keep the punch bowl bubbling, it is a highly enjoyable watch.

Whilst The Man Who Invented Christmas plays, perhaps inevitably, to that age old lie (so needed by those of us who lack the imaginative spark of creativity) that all classics must have sprung from some real-life occurrence rather than from the pure invention of genius, it manages – as does just about every film that owes something to Dickens' "Ghost story of Christmas" – to capture enough of the spirit of the book to be satisfactorily heartwarming on a cold, dark, winter's night!

Delightful, Brian, and now I have something new to seek out!