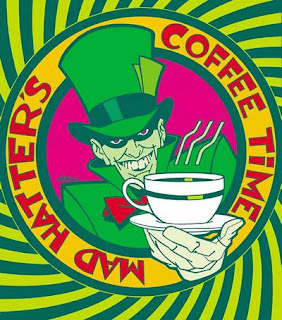 That's if you'd drink anything offered to you by this party host!

Anyway, today, I'd like to introduce you to a more benign - but no less strange - account of that famous mad tea party from Jonathan Millers' 1966 TV film, Alice in Wonderland... 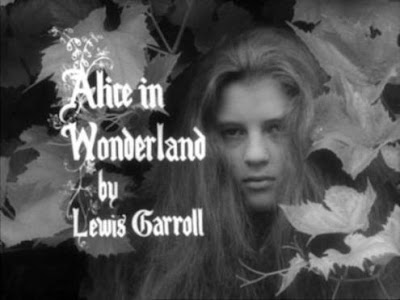 This avant-garde production was shot in crisp monotone of a nineteenth-century Daguerreotype and was informed by the satirical sensibility of Miller's co-written cult 'sixties revue, Beyond the Fringe. Indeed, the film featured two of Miller's BTF co-stars, Peter Cook and Alan Bennett along with such starry names as Peter Sellers, Michael Redgrave, Finlay Currie, Alison Leggatt and John Gielgud playing Lewis Carroll's Wonderlanders without the aid of fur and whiskers as if they were merely Alice's eccentric Victorian relations.

I still vividly remember the controversy that raged in the press about the production ("Alice strictly for grown-ups...") and the huge excitement that I felt at seeing something that was so radically revisionist.

Wilfred Brambell (the father in Steptoe and Son) was a fiercely intimidating White Rabbit... 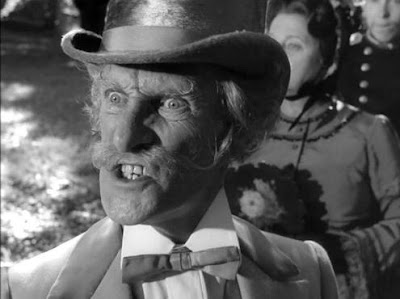 Leo McKern (later the eponymous Rumpole of the Bailey) was a boozy Duchess-cum-Nanny... 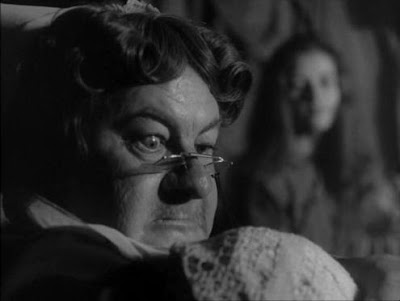 ...and Gielgud as the Mock Turtle, accompanied by an unlikely Gryphon in the person of media pundit, Malcolm Muggeridge, danced a version of 'The Lobster Quadrille' that provided one of the decade's oddest and yet most hauntingly poignant television moments... 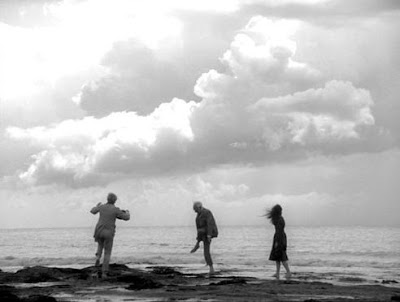 Anyway, back to that mad tea-party: here Alice (played by the hitherto unknown Anne-Marie Mallik) spends a bemusing afternoon in the company of the Hatter (Peter Cook), the March Hare (Michael Gough) and the Dormouse (Wilfred Lawson). The music - as is fitting for such a totally 'sixties offering - was by Ravi Shankar...

If you've never seen this extraordinary interpretation of Alice, it's currently available on a DVD issued by the British Film Institute as is Jonathan Miller's other brilliantly directed TV play, Whistle and I'll Come to You, based on the ghost story by M R James and featuring an unforgettable performance by Michael Hordern: two period masterpieces that shouldn't be missed...

Looks an interesting film - even for someone like me who has always found Alice in Wonderland too creepy and nightmarish.

Well, this version, LISAH, is pretty 'creepy and nightmarish', so it's probably right up your street!

The Caucus Race, for example, is run by the inmates of a Victorian asylum, so it's certainly not the "golden afternoon" Lewis Carroll envisage! But it was amazingly bold for its day and, I think, still is today...

As for the coffee-hatter: yep, way too much caffeine!