It's Mother's Day, or as my Mum and David's Mum always insisted on calling it...
MOTHERING SUNDAY 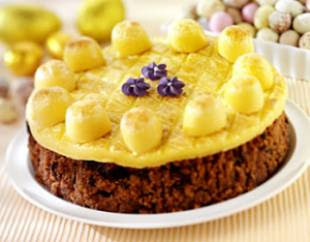 It's almost ten years since the death of my Mum, Doris.

Fortunately, in the years since first I, and then David, were 'orphaned', we've been lucky enough to have a couple of Honorary Mums which is the next best thing.

Today, for instance, our good friend Sophie will be sharing her Mum, Wendy, with us and if I tell you that Wendy makes one of the meanest trifles in Christendom, then you'll see why anyone would be happy to have her as a surrogate mum! 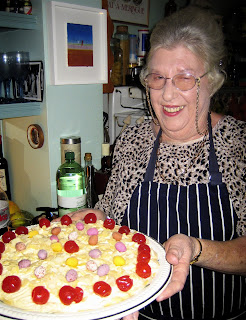 For all Mums everywhere (and to the memory of Mums who are no longer with us) here's is Anita Renfroe's hilarious 'Momsense' song...

Your blog today reminds me how confused I suppose I should be feeling! You say you have a surrogate mum; I am a couple of years younger than you and I have been decreed surrogate mum by another member of our am drams group! Not only that, but in my family the roles are reversed: it's my daughters who are also asking me where am I going, who with, who is he, what does he do etc... Role reversal? Role reshuffling I think!
decalest: a particularly decadent boozy kind of trifle

Remember what you did as a teenager: go silent and let them stew in their curiosity! :-)

On behalf of us Mums, many thanks for the Blog - which I'm sure will also be of comfort for those who have lost their mothers and like you, take the opportunity to lovigly remember them today.
My daughter, Suzanne, gave me two DVDs - Perfume and Atonement. She also gave me a lovely little (well, he's just a shade smaller than Buttons) elephant wearing a very smart duffel coat. He's called Eliott, and his best friend is a mouse called... Buttons (I expect he/she is named after your Buttons).
Enjoy your time with Wendy and her trifle.

My mum has already rung to check where her card is (I left it in the house,hidden, on my last visit). She said I was such a good son, she knew I wouldn't have forgotten. As time goes by, it is the child that grows and the mother that reverts to little (and rather obvious) tricks to get their own way.Something of a role reversal !
COGUATIO : A cake crammed full of traditions from roughly this time of year, eaten with relish despite its historical inaccuracies !

LISAH - You'd better check out button's blog; maybe your Elephant and Mouse are related to a Hippo of the same name...

BOLL - Just we learn from our mothers, maybe mothers learn from their sons and daughters!!

In Spain we celebrate this day in the first sunday of may (may is the month of Virgin Mary).

Well, happy sunday of good memories and remembrance, but be careful with that splendid cake...

Unfortunately, EUDORA, marzipan (which I adore) isn't on my diet sheet! :-(

Don't worry Brian, I support you with that diet, I have another diet sheet, and in my sheet there is no marzipan, no cakes, no coffe, no cookies, no biscuits, no chips, no everything that I adore too, (and I can do sweet things very, very well...) don't worry, we will be able to overcomee it...;)

Wendy i svery proud to be making her first appearance on a l
blog on this great day. It is also good for the blogosphere to have a permanent record of Wendy's trifle.

I found The Mom Song deeply scary!
Get some counselling mom.
Mother's Day can be very poignant, the florists getting in touch because they haven't heard from you 'in a while'.There is a very good reason why...Once upon a time a mum went on a cruise & announced an engagement after 2 weeks holiday& it was just like Suzanne said.A teenager in reverse Well, who is he, HOW LONG have you known him???!! OVEXEME:Over emphasising the point.

EUDORA - Thanks for the support!

POLKADOTS - Trying to make sense of your comment... If I didn't know that you don't like the stuff, I'd have been inclined to think you'd been at your Mum's sherry trifle... ;-)

JEN - Well they say "Mother knows best..." but that's obviously not the case...