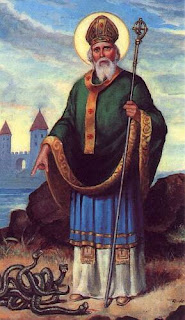 And guess what I've just discovered? It's hard to believe, but it turns out that Patrick (who lived 387-461, or thereabouts) wasn't actually Irish at all but --- WELSH!

Said to have been born 'Maewyn Succat', he was captured in his native Wales when he was about 16 by Irish raiders and taken as a slave to Ireland, where he worked as a herdsman.

The young lad came from a religious family (his grandfather was a priest) and he managed kept his faith in exile. Six years later - having been told by a Voice that he would soon go home - Patrick managed to escape his captivity, return to his family and entered the church.

Now in his twenties Patrick, apparently, received a vision as he later recounted in a letter written in Latin...

I saw a man coming, as it were from Ireland. His name was Victoricus, and he carried many letters, and he gave me one of them. I read the heading: "The Voice of the Irish".

As I began the letter, I imagined in that moment that I heard the voice of those very people who were near the wood of Foclut, which is beside the western sea—and they cried out, as with one voice: "We appeal to you, holy servant boy, to come and walk among us. 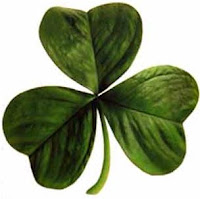 Patrick answered that call and whilst little is known about his missionary work in the Emerald Isle - other than through legends (such as driving the snakes out of Ireland and using the shamrock as a visual aid to teaching the doctrine of the Trinity) by the eighth century he had become the patron saint of Ireland.

St Patrick's Day, traditionally celebrated on 17 March is a bank holiday in Northern Ireland and a public holiday in the Republic of Ireland and Montserrat.

"Montserrat?" you ask, "The British territory in the Leeward Islands?" (You did ask that, didn't you?) Well, yes! Montserrat is known as the Emerald Isle of the Caribbean, partly because its coastline approximates that of Ireland and partly because the majority of residents are of Irish descent. Appropriately, the island's national flag incorporates the a coat of arms featuring a lady in green with a harp. 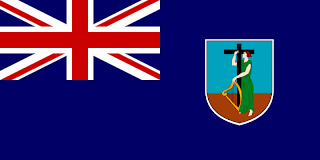 Elsewhere in the world, St Patrick's Day is an unofficial holiday celebrated by the imbibing of those two beverages beloved of the Irish: Jameson's and Guinness.

In America there's been considerable lobbying for it to be made into a national day of celebration, alongside the other official holidays as can be seen from these Guinness advertisements, featuring interviews with spokesmen for Thanksgiving Day, Independence Day and Presidents Day...

One of the quaintest (or to put another way, 'most bizarre') traditions marking St Patrick's Day is that of dyeing the Chicago River green.

According to Bill King, the administrator of Chicago's St. Patrick's Day committee, "the idea of dyeing the Chicago River green originally came about by accident when a group of plumbers were using fluorescein dye to trace illegal substances that were polluting the river".

The United States Environmental Protection Agency outlawed the use of fluorescein, since when a vegetable based dye has been used that is reputedly non-harmful to the various living organisms inhabiting the Chicago river, including a population of several thousand goldfish.

Anyway this is what it looks it...
It is, as they say, a great day for the Irish. But whether you are or not... Have a great day! 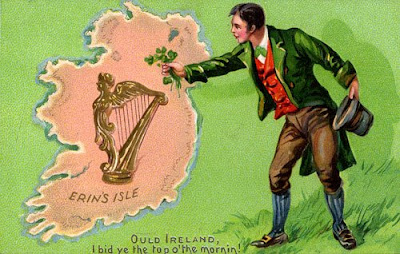 Only in America! The first images make it look as though the river is painted green by Leprechauns!
Oh well - diddly diddly diddly diddly etc...
cowyro: an old Celtic word (before St Paddy's time) for snakes & serpents