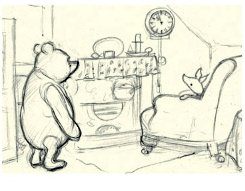 When Winnie-the-Pooh told Piglet that he'd heard from Rabbit who'd heard from Owl that he (that is Pooh) was now an icon, Piglet thought he'd said haycorn and got terribly confused...

So Pooh had to explain that - according Rabbit (or possibly Owl) - an icon was one of those things that people sometimes decide that you are... And if you are, then you have to go around being 'iconic'... Or was it ironic...? Or, possibly, laconic...? Well, anyway, one thing was certain, you had to be Very Serious about Being It --- whatever it was...

In case you are now as confused as Piglet, let me elucidate...

According to the ICONS web-site:

Some people argue there is no such thing as a shared English culture. They say all those invasions by the Normans and Romans simply left us with a ‘hotch potch’ of other people’s cultures. Paradoxically, this melting pot is what makes England unique. And today’s multicultural communities make this mix even more vibrant and interesting.

ICONS will be a rich resource of material about our lives and cultural heritage. Teachers will use it to stimulate classroom learning. Inspiring content will spark visits to arts venues and events. It will whet the appetites of tourists and provide valuable reference material for students...

So, that's what they try to do, and the ICONS already selected range from Stonehenge to the White Cliffs of Dover, Roast Beef and Yorkshire Pudding to Fish and Chips, from Alice in Wonderland to Dr Who and Robin Hood to Sherlock Holmes, from the Mini to the mini-skirt, not to mention Cricket and the Crown Jewels, the F A Cup and a Cup of Tea, The Archers and 'Jerusalem'...

Anyway, a brand new batch of ICONS for ENGLAND has just been announced today, including Rolls-Royce and the Red Phone Box, Wimbledon and Westminster Abbey, Mrs Beeton, Sergeant Pepper and Winnie-the-Pooh! 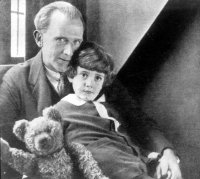 On ICONS endlessly diverting web-site you can now read all about A A Milne's celebrated Bear of Very Little Brain. There are features on how Pooh became (in Christopher Robin's words) The Best Bear in the Whole World; the man who drew Pooh, E H Shepard ; and a tour of the real-life Sussex location for Pooh's 100 Aker Wood, Ashdown Forest.

There is also an interview with - guess who? - "author and broadcaster" with "a life-long love of Winnie-the-Pooh", Brian Sibley --- or, as David Weeks' photo (below) was briefly captioned: Brian SELBY!

That mistake has been corrected, but such things can easily happen... After all, as Pooh himself remarked: "My spelling is Wobbly. It's good spelling, but it Wobbles, and the letters get in the wrong places..." 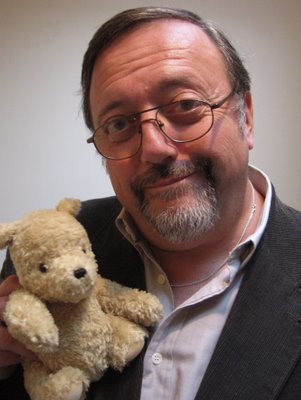 As well as looking in at Pooh Corner, take a few moments to browse through some of those ICONS: in no time, you'll find yourself smiling, frowning, agreeing and disagreeing... You might even find yourself voting for the Nominations - or even suggesting some of your own!

One thing is certain - though, of course, I'm biased - it would have been impossible to have drawn up any list of English Icons without Pooh...

Pooh went into a corner of the room and said proudly to himself, "Impossible without Me! That sort of Bear!" 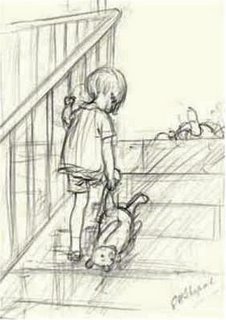 There are a few iconic items still missing from the site - how about those big white weeds that grow on the side of country roads or even the feeling of 'Hambledon' one enjoys when lying in a field whilst a single engine aircraft meanders overhead. Much more English than Jerusalem I think !

And what about Dickens' 'A Christmas Carol', Mr Scrooge?

And what about Mr Toad... and HP Sauce... and I think Betty Boothroyd should have sme sort of iconic status? I shall set about making some nominations.

Maybe when David gets to know you a little longer, he will learn how to spell your name right? Sometimes it takes others a little longer then others.

Great picture of you and Buttons.

"That's NOT Me! I'm a RABBIT! That's POOH! He's a BEAR! However, it is, of course, only a matter of time before I am ALSO rightly and properly recognised as an ICON for ENGLAND!"