Maybe it is something to do with an awareness of the transience of life, but we are as a species, list-makers!

Just think how many folk songs contain iventories: "Parsley, sage, rosemary and thyme"; itineries: "There was an old woman who swallowed a fly..."; and much-repeated lists of Things ("This is the cow with the crumpled horn that tossed the dog, that worried the cat, that killed the rat that ate the malt that lay in the house that Jack built") and/or People:

Tom Pearce, Tom Pearce, lend me your grey mare,
All along, down along, out along lee,
Us wants to go to Widdecombe Fair 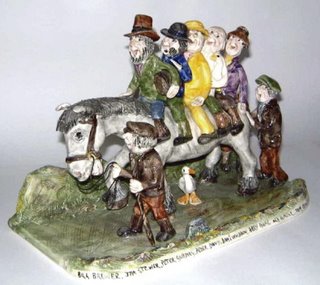 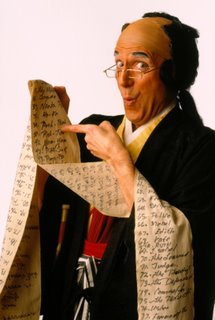 My fascination with lists is such that, for some time now, I've been vaguely collecting literary lists and - if one includes Gilbert & Sullivan (and I don’t see why one shouldn’t) - lyrical lists…

I mention G&S because they were always listing things - especially in their infamous "patter songs" such as 'I've Got A little List", the schedule of possible victims-for-the-chop drawn up by Ko Ko (The Lord High Executioner) in their comic opera, The Mikado...

There's the banjo serenader, and the others of his race,
And the piano-organist -- I've got him on the list!
And the people who eat peppermint and puff it in your face,
They never would be missed -- they never would be missed!
Then the idiot who praises, with enthusiastic tone,
All centuries but this, and every country but his own;
And the lady from the provinces, who dresses like a guy,
And who "doesn't think she waltzes, but would rather like to try";
And that singular anomaly, the lady novelist--
I don't think she'd be missed -- I'm sure she'd not he missed!

And in their lesser-known operetta, The Sorcerer, the eponymous character - John Wellington Wells - has a formidable catalogue of services on offer...

Oh, my name is John Wellington Wells
I'm a dealer in magic and spells
In blessings and curses
And ever-filled purses
In prophecies, witches, and knells... 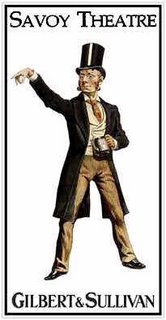 We've a first-class assortment of magic
And for raising a posthumous shade
With effects that are comic or tragic
There's no cheaper house in the trade...

Love-philtre, we've quantities of it
And for knowledge if any one burns
We keep an extremely small prophet,
Who brings us unbounded returns
For he can prophesy with a wink of his eye
Peep with security into futurity
Sum up your history, clear up a mystery
Humour proclivity for a nativity
With mirrors so magical, tetrapods tragical
Bogies spectacular, answers oracular
Facts astronomical, solemn or comical... 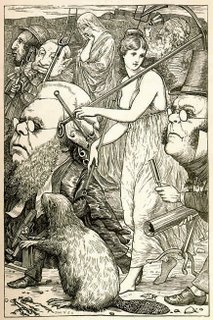 W S Gilbert's contemporary, Lewis Carroll, also went in for lists and none of his books have more of them than The Hunting of the Snark, of which this is one of the shorter ones - albeit repeated several times! 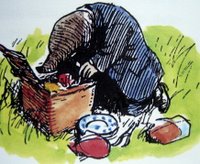 Of course, we’re all very familiar with the process of making lists ("Milk, eggs, bread, low-fat- low-salt-low-taste spread…" etc), but when I talk about lists I’m talking about inventories of sheer, stunning inventiveness!

For eample, how can any humble shopping-list for Tesco’s hope to compete with Ratty’s luncheon basket in (sorry to mention this book yet again) The Wind in the Willows:

"What’s inside it?” asked the Mole, wriggling with curiosity. 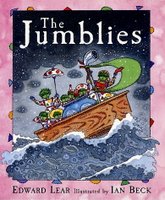 And here, to conclude, is another list, this time from that incomparable nabob of nonsense, Mr Edward Lear, and his account of the travels of ‘The Jumblies’...

Far and few, far and few,
Are the lands where the Jumblies live;
Their heads are green, and their hands are blue,
And they went to sea in a Sieve.

They sailed to the Western Sea, they did,
To a land all covered with trees,
And they bought an Owl, and a useful Cart,
And a pound of Rice, and a Cranberry Tart,
And a hive of silvery Bees.
And they bought a Pig, and some green Jack-daws,
And a lovely Monkey with lollipop paws,
And forty bottles of Ring-Bo-Ree,
And no end of Stilton Cheese.

Now that is what I call a serious shopping expedition!

[Images: Widdecombe Fair-goers by Alan Young Pottery; Stephen Quint as Ko Ko (photograph: Michael Nemeth) in the New York Gilbert & Sullivan Players' production of The Mikado; illustrations to The Hunting of the Snark by Henry Holiday, The Wind in the Willows by E H Shepard and The Jumblies by Ian Beck]
Posted by Brian Sibley at 00:01

Whatever happened to the ITV animation 'Tomfoolery' that used to show on Saturday mornings in the 70's. I always remember the Jumblies from that.BBC put up Egbert Nosh as competition - a surreal story of a man followed by his own dustbin.

Strange that you should choose this time of year for that list! 6 weeks to go until Christmas, and I start making lists of lists: cards to send, presents to make, presents to buy, things to do, things to buy, things to cook... I have to admit to being a compulsive list maker, I have a couple in front of me now: list of all sorts for my charity do this evening and a list of words to look up in greater detail that what the OED can offer. The list of my lists is endless... makes me feel rather listless...

"I had to tell you that on my desk at the moment are these lists:

Quite a respectable list of lists don't you think?!"

Poor old Gill. That's not much of a week off really is it ! For myself, I am presently concerned with recovering a crashed computer which has taken all my work.After only 24 hours, it has found 29,000 files and presented them to me in a neat list.Unfortunately it has now asked me to tick anyone I fancy saving and I want them all so it may take SOME time.Look out for me out of your window on Christmas Eve as a phantom..."Some seemed to have great computers attached by monstrous chains and were busy ticking check boxes of things still to be completed"

I feel so guilty by the activity of all these listers, that I've started a list of my own:

This is, of course, just a beginning...