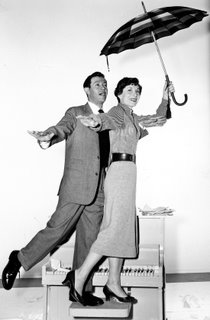 A chapter - or rather a stave - of popular musical history closed with the death, a day or two ago, of Betty Comden at the age of 89.

With her long-time collaborator, the late Adolph Green, she wrote songs, libretti and screenplays for some of the all-time great Broadway and Hollywood musicals…

In a creative partnership that lasted over 60 years, Comden and Green penned the words for a dozen or more enduring classics including ‘That’s Entertainment’ for The Band Wagon; ‘Lonely Town’ and ‘New York, New York’ for Bernstein’s On the Town; ‘The Party’s Over’ and ‘Just in Time’ for Bells Are Ringing.

Having started out as revue performers, Betty Comden and Adolph Green knew what it took to put over a number and their songs - usually lively and witty but sometimes soulful and reflective - were written for and performed by a galaxy of headliners among them Frank Sinatra, Billy Holiday, Fred Astaire, Mary Martin and Rosalind Russell. And, most famously, their screenplay for Singin' in the Rain provided a showcase for the talents of Debbie Reynolds, Donald O'Connor and, of course, Gene Kelly unforgettably performing the Arthur Freed & Nacio Herb Brown number that inspired the film.

I'm laughing at clouds,
So dark up above,
The sun's in my heart,
And I'm ready for love,
Let the stormy clouds chase,
Everyone from the place,
Come on with the rain,
I've a smile on my face,
I walk down the lane,
With a happy refrain,
Just singin',
Singin' in the rain... 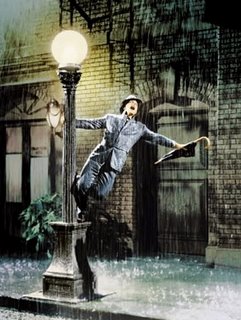 Until Adolph Green died in 2002, the songwriters got together every single day. “We stare at each other!” Betty Comden told The New York Times in 1977. “We meet whether or not we have a project, just to keep up a continuity of working. There are long periods when nothing happens, and it’s just boring and disheartening. But we have a theory that nothing’s wasted, even those long days of staring at one another. You sort of have to believe that… you had to go through all that to get to the day when something did happen!”

It was a theory borne out by a delightful anecdote revealing how the song ‘Just in Time’ came to be written: “At some point when we were working on Bells Are Ringing, Jule Styne wrote that tune: Dee da dum, da dee da dee da dum… We all agreed it had to be in the show somewhere, but for months we couldn’t find a place for it, or even a title, but Jule was playing it all over town at parties, calling it ‘Dee Da Dum.’ And that became the official title until the point where, rewriting part of the book one day, the situation was there, and we finally wrote the words to fit ‘Dee Da Dum’…”

Now you're here
And now I know just where I'm going
No more doubt or fear
'Cause I found my way
For love came just in time
You found me just in time
And saved my lonely life
That lovely day... 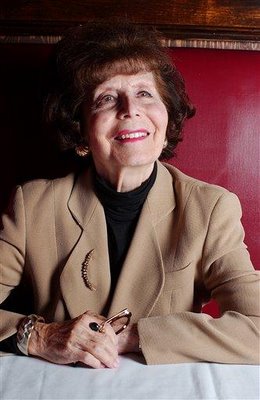 It scares me that you are up at this time writing this and I am up just afterwards reading it !

BLOGGER wouldn't accept my comments last week but wanted to say the Michael jackson story was hilarious!
The 'other' Jackson story - whether or not he'll take on THE HOBBIT continues on the internet film sites. This weekend Sam Raimi is touted as director, then Saul Zaents staes he wants PJ involved after all. It's all Hollywood bluster I say, Jackson will make it for sure.

I hope people will check out YOUR blog and your excellent photographic portraits which I really like...

One of the best things about your blog Mr B is that there are often links to other fascinating places that you wouldn't normally come across. So it proves with Ry's site. I started to wonder how one got to know so many beautiful people and then I realised the beauty came as much from the camera lens. Hell fire ! Another great photographer...