After my recent blog on the subject of LISTS...

This is the second in an occasional series (well, at least there will now be two!) of TEN THINGS that have made my life richer than it might otherwise have been.

And today I’m offering my choice of

Ten Things That Have Made My Life More TASTY... 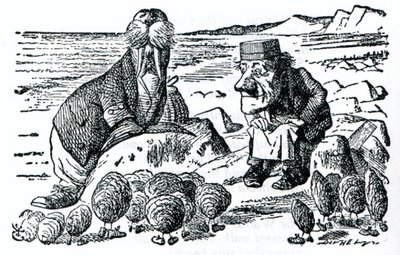 If it weren't too obviously decadent and self-indulgent, I would have also included more or less any make of ice cream -- but especially everything by Ben & Jerry (top choice: Phish Food!) -- and all sundaes and knickerbocker glories such as this one - aptly named The Matterhorn - which I sampled at the ice-cream parlour in Disneyland... 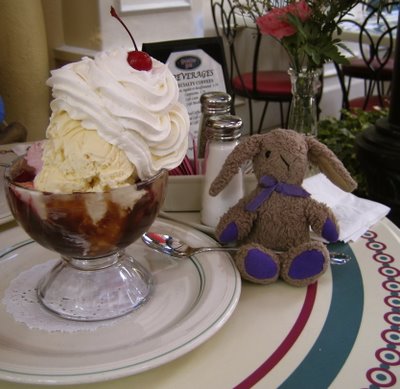 By the way, I asked my friend Buttons to pose beside this particular confection simply because - with a name like 'The Matterhorn' - a sense of scale and proportion was obviously called for in order to avoid any unnecessary charges of excessive gluttony!

[To find out more about Buttons, visit his web page and his recently-launched blog, a rabbit's ramblings]
Posted by Brian Sibley at 00:01

I thought for a minute you were going to pretend it was Buttons that placed the order....

Damn! Should have thought of that!

How delish - hope you didn't eat that BEFORE going on any rides!