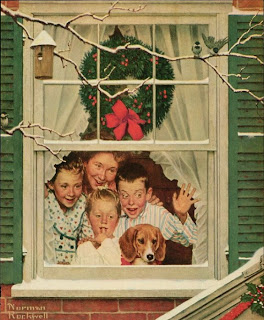 Among my favourite Christmas images are those created by the great American artist and illustrator, NORMAN ROCKWELL.

Even though he has been dismissed by many as an arch-sentimentalist whose portrayals of 20th Century American life were overly sweet and thus not worthy of being considered real art, it is impossible not to admire the meticulous precision of his designs and the detailed naturalism which he achieved in his paintings.

Many of Rockwell's most memorable pictures adorned the front covers of popular American magazines - most notably, Saturday Evening Post to which he contributed for over forty years.

Rockwell (1894-1978) created numerous iconic images, many of them celebrating the Christmas holiday season and, in particular, the personage of Santa Claus, of which the following St Nicks are just a representative delegation... 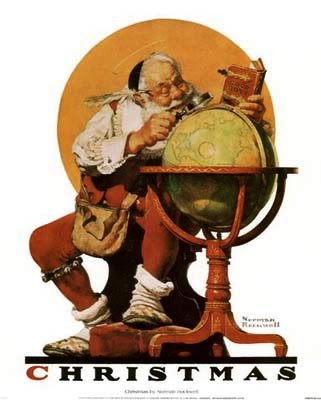 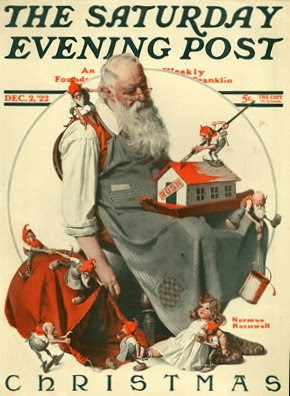 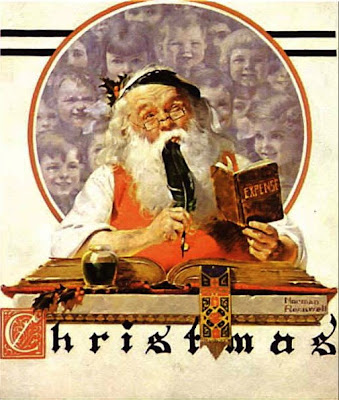 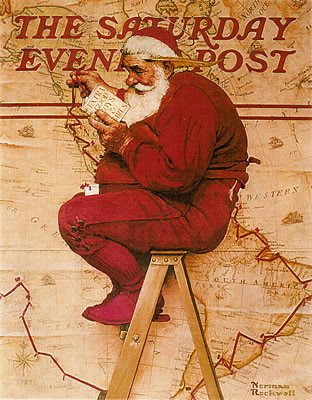 Norman Rockwell also illustrated several Dickensian scenes and characters such as this trio of Christmas Waits... 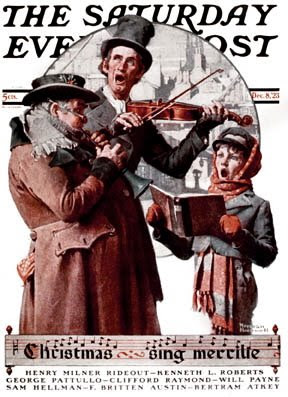 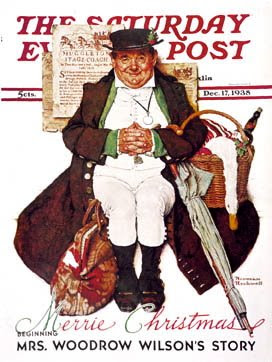 And, from A Christmas Carol, Mr and Mrs Fezziwig dancing the Sir Roger de Coverley... 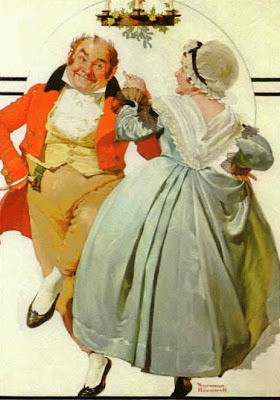 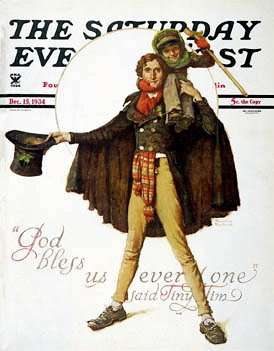 Don't forget... Time's running out if you want to hear Penelope Keith in my seasonal entertainment, And Yet Another Partridge in a Pear Tree...

This 'Cautionary Tale for Christmas Showing that it is Better to Give than to Receive' can be heard, on-line, via the BBC's Radio 7 iPlayer (And Yet Another Partridge... will be found on the alphabetical listing of shows) but you've only got today and tomorrow to tune in!

Also, you can read the full text of the Bracegirdle letters on my website, Brian Sibley: The Works.

ROGER the LIBRARIAN has just uncovered yet another, American, parody on 'The Twelve Days of Christmas', though of unknown date and authorship...

* American Society for the Prevention of Cruelty to Animals

I have a good friend that have pasion for Rockwells work.